History of Astro set-top-boxes from 1996 till now

*Pictures and names are for reference use only. The information below may be incomplete and inaccurate.
This is the first set-top-box ever used on Astro back in 1996.
Then, followed by another newer Astro decoder. 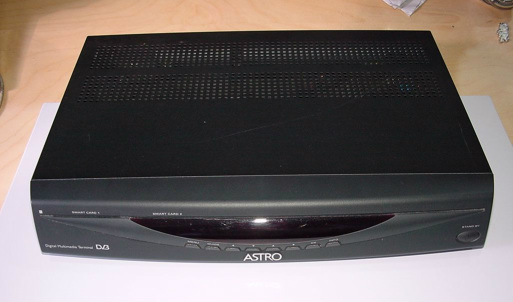 DMT 3
This is the DMT3 Astro decoder (also known as Digital Multimedia Terminal or DMT).
​This is the final standard definition decoder from Astro before Astro B.yond service launches.

Before Astro B.yond PVR, Astro were used to offer Digital Video Recording (DVR) service named Astro Max. This is the first and ever Digital Video Recording service provided by Astro. But it was ceased on 2008 due to too many technical issues such as the set-top-box reboots by itself, programme did not began or end its recordings on time and so on. It has 80GB built-in hard disk and you can record only one channel at a time (single tuner). The user are not allowed to tune to other channel in the middle of recording.
DMT 4
On December 2009, Astro B.yond HD is launched.

When it launches, Astro only provides 5 HD channels, which is
Astro SuperSport HD, ESPN HD (now Fox Sports HD), HBO HD, National Geographic Channel HD and History HD.
And the software version of the decoder is v1.0, then v1.2, then 3.0, and eventually v7.0. Now, the new EPG software.
Astro B.yond PVR was launch around June 2010.

Around 2013, Astro introduces the new Astro B.yond PVR decoder that comes with built-in WiFi to access the VOD in an ease, without require the WiFi dongle by Astro.
This decoder is the first Astro B.yond decoders to provide both digital audio outputs, which is Digital Coaxial and Digital Optical. Unlike the previous DMT 4, as it only provides Digital Coaxial output. 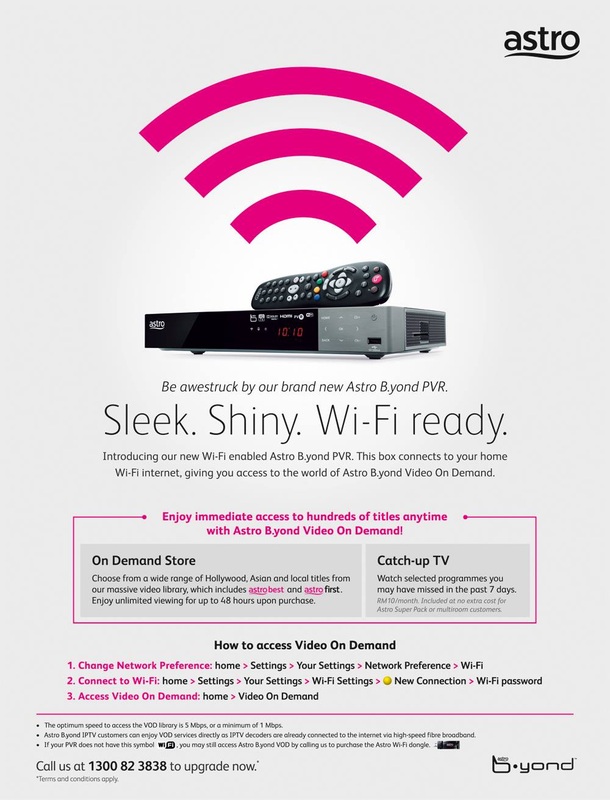